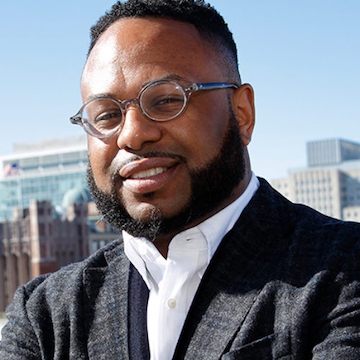 Desmond Upton Patton is the Brian and Randi Schwartz University Professor and the thirty-first Penn Integrates Knowledge University Professor. He has joint appointments in the School of Social Policy & Practice and the Annenberg School for Communication along with a secondary appointment in the department of psychiatry in the Perelman School of Medicine.

Professor Patton’s groundbreaking research into the relationship between social media and gang violence – specifically how communities constructed online can influence often harmful behavior offline – has led to his becoming the most cited and recognized scholar in this increasingly important area of social science. His early work attempting to detect trauma and preempt violence on social media led to his current roles as an expert on language analysis and bias in AI and a member of Twitter’s Academic Research advisory board and Spotify’s Safety Advisory Council.  As a social worker, Patton realized existing gold standard data science techniques could not accurately understand key cultural nuances in language amongst predominantly black and Hispanic youth. In response, he created the Contextual Analysis of Social Media (CASM) approach to center and privilege culture, context and inclusion in machine learning and computer vision analysis. CASM can be applied by businesses and other organizations to observe social media and workplace communication channels for potentially incendiary language, which taken out of context can lead to violence. With this methodology, organizations can better foster diverse and inclusive environments and minimize employee conflict. Further, Patton’s insights on creating non-biased and culturally nuanced algorithms give tech companies a holistic perspective on various business and social issues. The companies that adopt these proactive measures are then able to ensure they are not unintentionally propagating bias.

In 2018, Professor Patton published a groundbreaking finding in the prestigious Nature journal, Digital Medicine, which uncovered grief as a pathway to aggressive communication on Twitter. The report was cited in an amici curiae brief submitted to the United States Supreme Court in Elonis v. United States, which examined the interpretation of threats on social media. Widely referenced across disciplines, Patton’s research at the intersections of social media, AI, empathy and race has been mentioned in the New York Times, Nature, Washington Post, NPR, Vice News, ABC News and other prestigious media outlets.

Professor Patton was a Member of the Board of Directors at the Columbia Center for Technology Management and was appointed Faculty Associate at Berkman Klein Center for Internet & Society at Harvard University. He won the 2018 Deborah K. Padgett Early Career Achievement Award from the Society for Social Work Research (SSWR) for his work on social media, AI and well-being. He was named a 2017-2018 fellow at Harvard’s Berkman Klein Center for Internet and Society and is a 2019 Presidential Leadership Scholar and Technology and a 2019 Human Rights Fellow at the Carr Center for Human Rights at Harvard Kennedy School. Patton is currently a member of the Committee on Scientific Freedom and Responsibility at AAAS and a member of the Scientific Board for Children and Screens Institute of Digital Media and Child Development.

"Contextual Analysis of Social Media: The Promise and Challenge of Eliciting Context in Social Media Posts with Natural Language Processing." AIES '20: Proceedings of the AAAI/ACM Conference on AI, Ethics, and Society, 2020.

"Stop and Frisk Online: Theorizing Everyday Racism in Digital Policing in the Use of Social Media for Identification of Criminal Conduct and Associations." Social Media + Society, 2017.

"VATAS: An Open-Source Web Platform for Visual and Textual Analysis of Social Media." Journal of the Society for Social Work and Research, 2020. 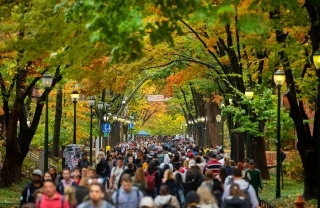 AP: Gun Applicants in NY Will Have To Hand Over Social Accounts