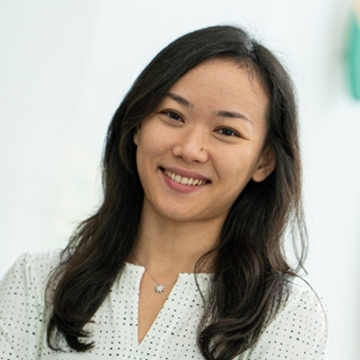 Jinha Kim studies message effects on safety, norm perceptions, and attitudes regarding tobacco products, and reactance among highly involved individuals. She is also interested in the policy/legal narratives of various tobacco-related entities.

Jinha Kim’s most recent research has focused on refining experimental methods and apparatuses that can help establish the causality of mediators in the context of examining message effects of natural cigarettes on health beliefs and attitudes among people with smoking history. Her topics of interest span across natural cigarettes, e-cigarettes, and other modified risk tobacco products, with theoretical interest in the message effects and ways to reduce potential misperceptions of safety and norms. She is also interested in ways to utilize reaction time in gauging cognitive responses and other aspects it can inform.

Prior to joining TCORS, her research has focused on defensive psychological (cognitive and affective) mechanisms against public health messages about e-cigarette and perception of public health norms, specifically among individuals with pre-held health beliefs and hardened behaviors. Paralleling this line of research, she has also examined how the e-cigarette policy frames (as a new, controversial technology) have evolved overtime, in an effort to identify some of the common and divisive grounds among the major actors in the issue through the Science and Technology Studies perspective.