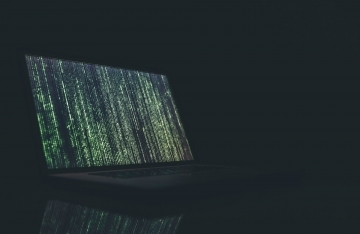 Annenberg Conversations on Gender: From Algorithm Audits to Accountability

This event has now ended, and a video of it is available:

In this conversation, Duncan Watts and Danaë Metaxa will discuss Metaxa’s research using algorithm audits to measure gender and racial bias in online services such as Google Images. In addition to exploring the relevance of Metaxa’s work to algorithmic systems, the discussion will also touch on the importance of reconciling the sometimes competing epistemic values of computer science and social science, as well as the clash between the general and the particular. Finally, they will discuss the relationship between a researchers’ own identity, the work they choose to do, and the way both are perceived in a sometimes hostile professional environment.

Duncan Watts is the Stevens University Professor and twenty-third Penn Integrates Knowledge University Professor at the University of Pennsylvania. In addition to his appointment at the Annenberg School, he holds faculty appointments in the Department of Computer and Information Science in the School of Engineering and Applied Science, and the Department of Operations, Information and Decisions in the Wharton School, where he is the inaugural Rowan Fellow. Read more about Watts.

Danaë Metaxa is an incoming assistant professor at the University of Pennsylvania in the Computer and Information Science department of the School of Engineering and Applied Science, with a secondary appointment at the Annenberg School. Metaxa’s research focuses on bias and technology: identifying the ways cognitive and psychological biases at the individual level shape our interactions with technology, studying social inequalities and political bias in online algorithms, and designing solutions to mitigate bias and increase fairness. Read more about Metaxa.

The Annenberg Conversations series engages Communication research and scholarship on topical issues together with a wide variety of individuals outside of the Annenberg School — including academics, activists, artists, and many others. During the 2021-22 academic year, the topic will be gender.

Annenberg Conversations on Gender events are dialogues designed to examine the current state of sexism, homophobia, and transphobia in various sectors of society. Each conversation will feature a member of the Annenberg Community together with one or more interlocutors from outside the school, drawing upon diverse perspectives, experiences, and expertise that highlight the role of communication and mass media in defining and disseminating concepts related to gender, including but not limited to gender roles, gender presentation, the gender binary, and gender identity.