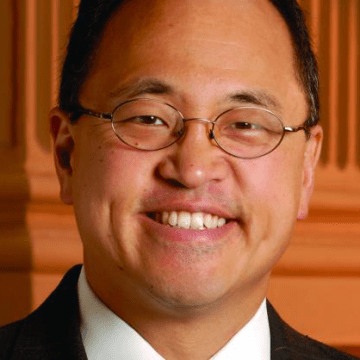 Christopher Yoo has emerged as one of the nation’s leading authorities on law and technology. His research focuses on how the principles of network engineering and the economics of imperfect competition can provide insights into the regulation of electronic communications.

He has been a leading voice in the “network neutrality” debate that has dominated Internet policy over the past several years. He is also pursuing research on copyright theory as well as the history of presidential power.

He is the author of The Dynamic Internet: How Technology, Users, and Businesses Are Transforming the Network (AEI Press, 2012), Networks in Telecommunications: Economics and Law (with Daniel F. Spulber; Cambridge University Press, 2009) and The Unitary Executive: Presidential Power from Washington to Bush (with Steven G. Calabresi; Yale University Press, 2008). Yoo testifies frequently before Congress, the Federal Communications Commission, and the Federal Trade Commission.

In addition to his positions within Penn Law, Yoo holds a secondary appointment at the Annenberg School for Communication.

The Dynamic Internet: How Technology, Users, and Businesses Are Transforming the Network. AEI Press, 2012.