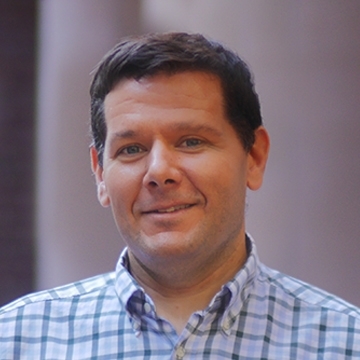 Matthew Levendusky studies public opinion and political communication, with a particular focus on the causes and consequences of political polarization, as well as how we might bridge the partisan divide in the U.S.

Matthew Levendusky is Professor of Political Science and Faculty Director of the Fels Institute of Government at the University of Pennsylvania, as well as the Stephen and Mary Baran Chair in the Institutions of Democracy at the Annenberg Public Policy Center. He also holds a secondary appointment at the Annenberg School for Communication. He was previously associate professor (2013-2018), graduate group chairperson (2013-2018), and assistant professor (2007-2013) of Political Science at Penn, and a postdoctoral research associate at the Center for the Study of American Politics at Yale University (2006-2007). He obtained his Ph.D. from Stanford University in 2006, and his B.A. (with highest honors) from The Pennsylvania State University in 2001. Since 2014, he has served on the NBC News decision desk.

His work has been honored with a number of awards, including the 2011 Jewell-Lowenberg Award (for the best article published in Legislative Studies Quarterly), the 2013 best paper award from the Journal of Politics, the 2014 Goldsmith Book Prize from Harvard University’s Shorenstein Center (for How Partisan Media Polarize America), and the 2016 Erik Erikson Early Career Award from the International Society of Political Psychology.