Center on Digital Culture and Society

CDCS researchers produce critical and interdisciplinary scholarship on how digital technologies shape culture, politics, and society. Read about our recent publications below, including our ongoing series "The Digital Radical."

A metropolis with a population of about 11 million, Wuhan sits at the crossroads of China. It was here that in the last days of 2019, the first reports of a mysterious new form of pneumonia emerged. Before long, an abrupt and unprecedented lockdown was declared—the first of many such responses to the spread of the COVID-19 pandemic around the world.

This book tells the dramatic story of the Wuhan lockdown in the voices of the city’s own people. Using a vast archive of more than 6,000 diaries, the sociologist Guobin Yang vividly depicts how the city coped during the crisis. He analyzes how the state managed—or mismanaged—the lockdown and explores how Wuhan’s residents responded by taking on increasingly active roles. Yang demonstrates that citizen engagement—whether public action or the civic inaction of staying at home—was essential in the effort to fight the pandemic. The book features compelling stories of citizens and civic groups in their struggle against COVID-19: physicians, patients, volunteers, government officials, feminist organizers, social media commentators, and even aunties loudly swearing at party officials. These snapshots from the lockdown capture China at a critical moment, revealing the intricacies of politics, citizenship, morality, community, and digital technology. Presenting the extraordinary experiences of ordinary people, The Wuhan Lockdown is an unparalleled account of the first moments of the crisis that would define the age.

When the city of Wuhan was severely locked down on January 23, 2020 for 76 days due to the coronavirus outbreak, many residents started writing “lockdown diaries.” This article argues these diaries constitute a kind of performance art for their authors, specifically, an 'art of endurance' as described by Shalson (2018). Keeping a diary requires a plan, but the following through of the plan is a contingent process requiring efforts and endurance. The challenges become particularly daunting for authors of online diaries in pandemic times. The article analyzes multiple types of endurance associated with the Wuhan lockdown diarists, showing that in digitally-driven environments, where potential collective responses are a key context, the lockdown diaries of Wuhan, like works of endurance art, engage with meanings that reach far beyond their original experience and context. Their stories of endurance are an allegory of the endurance of the entire city of Wuhan.

How marginalized groups use Twitter to advance counter-narratives, preempt political spin, and build diverse networks of dissent. The power of hashtag activism became clear in 2011, when #IranElection served as an organizing tool for Iranians protesting a disputed election and offered a global audience a front-row seat to a nascent revolution. Since then, activists have used a variety of hashtags, including #JusticeForTrayvon, #BlackLivesMatter, #YesAllWomen, and #MeToo to advocate, mobilize, and communicate. In this book, Sarah Jackson, Moya Bailey, and Brooke Foucault Welles explore how and why Twitter has become an important platform for historically disenfranchised populations, including African Americans, women, and transgender people. They show how marginalized groups, long excluded from elite media spaces, have used Twitter hashtags to advance counternarratives, preempt political spin, and build diverse networks of dissent. The authors describe how such hashtags as #MeToo, #SurvivorPrivilege, and #WhyIStayed have challenged the conventional understanding of gendered violence; examine the voices and narratives of Black feminism enabled by #FasttailedGirls, #YouOKSis, and #SayHerName; and explore the creation and use of #GirlsLikeUs, a network of transgender women. They investigate the digital signatures of the “new civil rights movement”—the online activism, storytelling, and strategy-building that set the stage for #BlackLivesMatter—and recount the spread of racial justice hashtags after the killing of Michael Brown in Ferguson, Missouri, and other high-profile incidents of killings by police. Finally, they consider hashtag created by allies, including #AllMenCan and #CrimingWhileWhite.

Hashtag feminism, a form of activism that appropriates Twitter’s metadata tags for organizing posts to draw visibility to a cause, has become a central component of the feminist media repertoire. Much discourse about hashtag feminism revolves around whether or not Twitter is an effective tool for activism. This instrumentalist approach leaves activists’ strategies for juggling both the affordances and limitations of hashtag feminism under-theorized. Taking up a case study of the #MeToo movement, I consider practitioners’ perspectives on hashtag feminism and highlight the processes through which activists develop tactics while working within particular sociotechnical constraints. Through an analysis of meta-tweets, or tweets about the campaign, I argue that hashtag feminism is a contentious performance in which activists make the personal political by making it visible, bridging the individual with the collective and illustrating the systemic nature of social injustice. As #MeToo demonstrates, however, making the personal visible on a globally networked stage opens activists up to a variety of risks. To address these limitations, #MeToo participants developed performance maintenance strategies, through which they evaluated the campaign’s shortcomings and advanced solutions. Their reflexivity points toward hashtag feminism as a complex, recursive process aimed at achieving a transformative politics of visibility.

Read "I SEE YOU, I BELIEVE YOU, I STAND WITH YOU: #MeToo and the Performance of Networked Feminist Visibility"

Surveillance is an increasingly common feature of online life, with user activity logged and tracked in order to sell advertising. Rather than focusing on platforms that have consistently violated user privacy, this paper uses Craigslist as a model of a widely used and profitable online platform with policies that emphasize user privacy. By focusing on its monetization strategies (which are straightforward rather than obfuscated) and its defense of anonymity, this paper argues that Craigslist successfully maintains Web 1.0 ethics around user surveillance that are worth remembering in a contemporary digital landscape.

Read "Notes from the Web that Was: The Platform Politics of Craigslist"

With the declining number of Internet protest events in recent years, online activism in China has suffered a setback. This is due significantly to the implementation of new forms of governing online expression. At the center of these new forms is a set of discourses of wenming, the Chinese characters for which can be translated as both “civilization” and “civility.” As civilization, wenming operates as an ideological discourse of legitimation, whereas as civility, wenming functions as a strategic technology for Internet governance. After tracing the evolution of the ideological discourse of wenming, this article analyzes the technologies of civility used for managing online speech in China. Two case studies illustrate how the technologies of civility are used to demobilize the emotions of online protest.

Read "Demobilizing the Emotions of Online Activism in China: A Civilizing Process"

In 2014, the Hungarian government announced the introduction of a tax on internet usage. The proposal generated large protests, which led to its eventual withdrawal. In this article, I investigate the puzzling success of the ‘internet tax’ protests: how could a small tax on internet consumption generate so much contestation? I argue that the internet tax was able to give way to a broader mobilization against the government, because of the symbolic power of the idea of ‘the internet’, to which different political meanings can be attached. Through interviews with Hungarian activists, I reconstruct how the internet was associated with a mobilizing discourse that I term ‘mundane modernity’, which reproduces tropes of Western modernity about the equalizing properties of technology, progress, and rationality, while grounding them in the everyday practices of internet use. I then discuss the types of freedom embedded in mundane modernity and assess its political limitations. 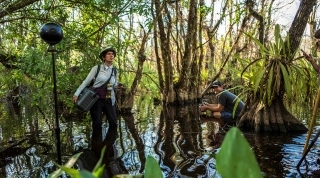 From the activist deploying technology for political causes to the individual who consciously disengages with online life, CDCS is building a collection of stories about ordinary people with radical relationships to digital technologies.