Traditional news accounts and Twitter messages had different associations with risk perceptions and behavior during the 2016 U.S. Zika virus outbreak.

When people are faced by a novel health threat, what effects do coverage in the news media and social-media chatter have on risk perceptions and behavior?

The answer varies, as shown in the first study to directly examine the difference in impact of social and legacy media on risk perceptions for an infectious disease. The research, based on media messages and extensive survey data, finds that traditional news accounts and Twitter messages had different associations with risk perceptions and behavior during the 2016 U.S. Zika virus outbreak.

The study, by researchers at the Annenberg Public Policy Center and the University of Illinois at Urbana-Champaign, was published online this month in the journal Social Science & Medicine.

“We cannot assume that these two media have similar effects during an emerging health threat,” said lead author Man-pui Sally Chan, research assistant professor of psychology at the University of Illinois at Urbana-Champaign.

“This study really shows the complementary roles of legacy and emerging media,” said co-author Dolores Albarracín, professor of psychology and business administration at the University of Illinois at Urbana-Champaign. “Social media are well-suited to communicate brief, easy-to-digest information. Perceptions of risk are heightened through social media. But that might not be enough to persuade people to act, to change their behavior. Legacy media are much more conducive to explaining what people need to do and how to achieve it.”

The analysis is based on more than 2,600 news reports, more than 1.6 million tweets, and data from weekly Annenberg Science Knowledge (ASK) surveys with more than 29,000 respondents.

The legacy media coverage came from 14 news organizations, including six broadcast or cable networks and eight newspapers, four of them in Florida, where the first locally transmitted Zika cases in the United States were identified in the summer of 2016. Twitter data included tweets in English and Spanish on Zika and related keywords such as “birth defects,” “microcephaly” and “mosquitoes.” The Zika virus can be passed from a pregnant woman to her fetus and cause birth defects, according to the Centers for Disease Control and Prevention.

The Annenberg Public Policy Center survey data was collected over 25 weeks through a multi-wave, nationally representative survey of U.S. adults between April and October 2016, with a total of more than 29,000 responses. See the study for the full methodology.

The researchers also tested the association of social and legacy media volume on subgroups of the population. They found, for instance, that:

“Understanding risk perceptions of a public health crisis and the protective behaviors are critical for disease prevention and control,” the researchers said.

The researchers said their correlational findings “do not prove causal effects of social and legacy media coverage on risk perception and protective behaviors in the community, but they do offer innovative insights into public health implications.”

Public health authorities, for example, could use social media to quickly inform the public about an emerging health risk. Authorities might work with legacy media organizations “to avoid confusion and misunderstandings” and provide news media with “extended recommendations” to “influence the behavior of vulnerable populations.”

Albarracín also wondered whether public health authorities could find ways to use social media so that it would provide more substantive information, mimicking the effect produced by legacy news media.

The study was funded by the National Institute of Allergies and Infectious Diseases and the Science of Science Communication endowment of the Annenberg Public Policy Center. 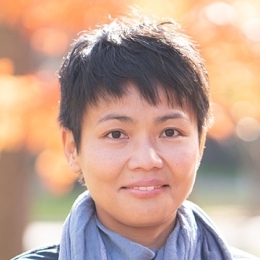