The intervention improved healthy eating and amount of exercise, with effects lasting at least 4.5 years.

In Sub-Saharan Africa, the leading causes of death are changing. Fewer people are dying of infectious diseases like malaria or tuberculosis, but non-communicable diseases — including heart disease and diabetes — are on the rise. Things are particularly grim in South Africa, where citizens are just as likely to die from a non-communicable disease as they are from anything else.

A healthy diet and regular exercise can greatly reduce the risk of developing most non-communicable diseases. But many South Africans, like many Americans, are overweight or obese, due to poor nutrition and lack of physical activity. Researchers interested in public health have sought to address these issues with little success.

However, a new study from the Annenberg School for Communication at the University of Pennsylvania, published this week in the Journal of Adolescent Health, found that a specially designed health intervention given to South African youth improved healthy eating and amount of exercise, with effects lasting at least 4.5 years.

Administered to sixth grade students, the intervention consisted of 12 one-hour educational modules, implemented over six sessions and given on consecutive school days. Students participated during their extracurricular time at school, in lieu of some other leisure activity.

Aimed at teaching students the importance of eating fruits and vegetables and exercising regularly, the modules were taught by trained facilitators, not the students’ regular teachers, and consisted of interactive lessons and games, including “Health Jeopardy.” The researchers also developed a series of comic books addressing health issues which were used in the modules.

“We spent years developing the intervention before launching the study,” says Professor John B. Jemmott III, lead author on the paper. “We conducted a series of focus groups with local South Africans to ensure we created something culturally relevant. It was also important to us that the intervention be conducted in isiXhosa, the local language.”

Over 1,000 students from 18 schools participated in the study voluntarily and with parental permission. The study was extremely popular among students, so much so that at some schools the demand could not be met due to space constraints. In addition, the study had over 90% participation for the duration of the data collection period, even at the final follow up, which occurred 4.5 years after the initial intervention.

“We had extremely high attendance rates at the intervention sessions and at all the follow-up visits,” Jemmott says. “I’ve never had attendance rates and return rates for data collection as high as this study.”

Immediately before and after the intervention, students completed questionnaires, self-reporting on their eating and exercise habits. Researchers later returned to collect self-reported data at three, six, 12, 42, and 54 months.

Participants in the intervention had greater odds of meeting guidelines for healthy eating and physical activity than the control group. They also reported consuming more servings of fruits and vegetables and fewer servings of fried food, and engaging in more days of aerobic exercise and muscle-strengthening activity, than those in the control group.

“The results of the study are impressive,” says Jemmott. “One six day intervention creating behavior change that lasts for 4.5 years is quite promising, and I’d like to see additional research to better understand how we can encourage healthy behavior.” 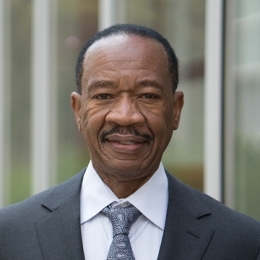