John Jemmott studies strategies to develop effective health-behavior-change interventions, the theoretical mechanisms that explain why interventions are efficacious, and the factors that moderate the differential effectiveness of interventions in different populations.

John B. Jemmott III received his Ph.D. in Psychology from the Harvard University Department of Psychology and Social Relations. He was Assistant Professor, Associate Professor, and Professor of Psychology at Princeton University, before moving to the University of Pennsylvania, where he is the Kenneth B. Clark Professor of Communication and Psychiatry with tenured appointments in the Annenberg School for Communication and the Perelman School of Medicine. His endowed chair honors the distinguished African American social psychologist, Kenneth B. Clark, whose research focused on social justice, applying research to benefit disadvantaged people, especially African Americans.

Drawing on Dr. Clark’s example, Jemmott’s goal is to reduce health disparities affecting underserved or vulnerable populations. He studies strategies to develop effective health-behavior-change interventions, the theoretical mechanisms that explain why interventions are efficacious, and the factors that moderate the differential effectiveness of interventions in different populations. He has made significant contributions to developing strategies to reduce sexual risk behaviors and rates of sexually transmitted infections and improve physical activity. He employs an approach that integrates qualitative research from the community with social psychological theories, including the social cognitive theory and the reasoned action approach, to develop culturally appropriate and theoretically grounded interventions.

He is internationally recognized for his National Institutes of Health-funded behavioral intervention research, having received more than $64 million in funding as a principal investigator. He has developed efficacious interventions for a wide range of populations, including African American adolescents, men, women, and couples and Latino adolescents in the United States, adolescents and men in South Africa, and adolescents in Botswana. His research has generated eight curricula designed to reduce the risk of HIV, sexually transmitted infection, and teen pregnancy. The Centers for Disease Control and Prevention, the Department of Health and Human Services’ Office of Adolescent Health, or both have disseminated these curricula nationally. A recipient of numerous awards, Jemmott is a Fellow of the American Psychological Association, the Association for Psychological Science, and the Society for Behavioral Medicine.

Jemmott teaches courses on Attitude and Behavioral Prediction, Health Psychology, and Quantitative Methods. His current research centers on reducing HIV stigma and improving adherence to HIV medication and behaviors to mitigate the spread of SARS-CoV-2, the novel virus that causes COVID-19.

“Reasoned Action Approach Correlates of Physical Activity Among African American Men Living With HIV: A Cross-Sectional Design.” The Journal of the Association of Nurses in AIDS Care, 2020.

“Assessing the Acceptability of a Peer Mentor Mother Intervention to Improve Retention in Care of Postpartum Women Living with HIV.” Health Equity, 2019.

“Syndemic Conditions Predict Lower Levels of Physical Activity among African American Men Who Have Sex with Men: A Prospective Survey Study.” PLOS ONE, 2019.

“HIV Care Continuum Outcomes of Pregnant Women Living with HIV with and without Depression.” AIDS Care, 2018.

“Improving Postpartum Retention in Care of Women Living with HIV in the United States.” AIDS, 2018.

“Effect of a Behavioral Intervention on Perpetrating and Experiencing Forced Sex Among South African Adolescents: A Secondary Analysis of a Cluster Randomized Trial.” JAMA Network Open, 2018.

“Efficacy and Mediation of a Theory-Based Physical Activity Intervention for African American Men Who Have Sex with Men: A Randomized Controlled Trial.” Annals of Behavioral Medicine, 2017.

“The Reasoned Action Approach in HIV Risk-Reduction Strategies for Adolescents.” The Annals of the American Academy of Political and Social Science, 2012. 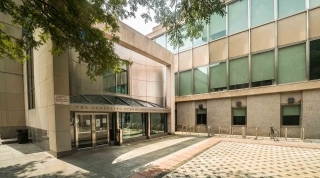 Over the next 5 years, the team will explore methods to address structural racism and discrimination in HIV clinics across Philadelphia. 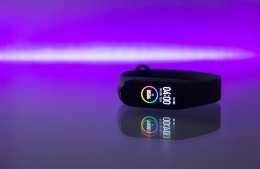 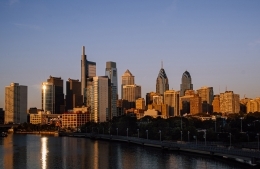 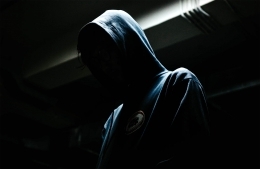 Jemmott Receives Grant to Study HIV/AIDS among Youth in Botswana 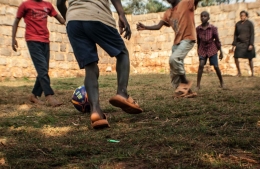