In Rural America, Religious Attendance and Norms Reduce Compassion for People Who Use Opioids

A new study found that religious individuals in Appalachian and Midwestern states were more likely to support punitive drug policies.

Estimates suggest that 1.7 million people in the United States suffer from opioid-related substance abuse disorders and approximately 50,000 people die each year from an opioid-related overdose. The opioid epidemic is a widespread crisis, but rural areas — particularly those in Appalachian and Midwestern states — have been the hardest hit. However, many individuals in those same states do not support policies scientifically proven to help, like medically aided treatment and syringe exchanges.

A new study from the Social Action Lab at the University of Pennsylvania’s Annenberg School for Communication found that individuals in rural areas of Appalachia and the Midwest who regularly attend religious services were more likely to support punitive drug policies and less likely to support policies that aid people who use drugs. They were also more likely to support the same policies as those they perceived their religious leaders supported, whether punitive or supportive. The findings suggest that religious leaders, if persuaded of the benefits of policies that aid people with a substance use disorder, could influence the general population’s opinion toward those measures.

“Many religious communities have either disapproved of or overtly repudiated protective drug policies, like medication–assisted treatment, retail access to syringes, or syringe exchange programs,” says Dolores Albarracín, Alexandra Heyman Nash University Professor and Director of the Social Action Lab. “This is largely because they interpret substance use as a moral failure rather than a disease and see these kinds of programs as enabling drug use. Our study supports this hypothesis, but it also indicates that religious leaders could be mobilized to support protective and efficacious drug policy to curb the opioid epidemic.”

Albarracín and her co-authors surveyed over 3,000 people from 14 states, including Alabama, Georgia, Illinois, Indiana, Kansas, Kentucky, Michigan, Missouri, Ohio, Pennsylvania, South Carolina, Tennessee, Virginia, and West Virginia. Participants were asked questions about their own alcohol and drug use; their attitudes toward alcohol and drug use, social support, public policy, and mental health; and attitudes and resources within their communities. They were also asked about their religious affiliation, their religious-service attendance, and their religious leaders’ attitudes about drug use and public policy.

The researchers found that while religious affiliation had no impact on either protective or punitive policy attitudes, a respondent’s likelihood to support punishment and incarceration for people who use drugs increased with the frequency with which they attended religious services. However, if an individual’s religious leaders supported protective policies, they were more likely to also support protective policies.

“Ending the opioid epidemic requires finding ways to help religious communities become more open to protective policies that are scientifically shown to be more effective at supporting people using drugs,” says Albarracín. “Our study suggests that incorporating religious leaders into those efforts and developing an agenda that incorporates religious values in a way that increases compassion may go a long way in reducing the harm of drug use in rural areas in the United States.”

The study, entitled “The Associations of Religious Affiliation, Religious Service Attendance, and Religious Leader Norm with Support for Protective versus Punitive Drug Policies: A Look at the States Affected by the Rural Opioid Epidemic in the United States,” was published today in the Journal of Rural Mental Health. In addition to Albarracín, authors include Marta Durantini, a senior investigator at the Annenberg Public Policy Center; and the Grid for the Reduction of Vulnerability, a consortium of agencies from counties in the affected areas. 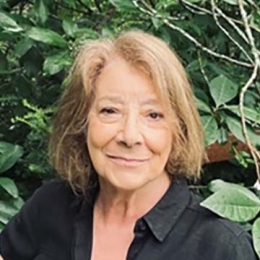