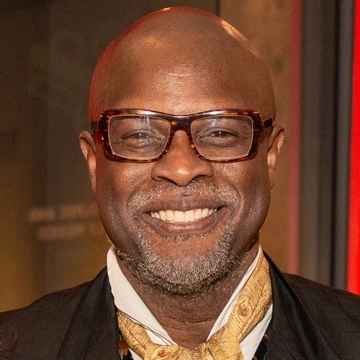 Tukufu Zuberi's research asks what it means to be a human, citizen, and person. He has asked this question as a professor, a television host, a curator of museum exhibits and galleries, and a documentary filmmaker.

In addition to his positions within Penn's School of Arts and Sciences, Tukufu Zuberi holds a secondary appointment at the Annenberg School for Communication. He has been a visiting professor at Makerere University in Kampala, Uganda; the University of Dar es Salaam in Tanzania; the Universidade Federal de Minas Gerais (UFMG) in Belo Horizonte, MG, Brazil; the Universidade de Brasilia (UnB) in Brasilia, Brazil; and the Universidade Federal da Bahia (UFBa). He was the founding Director of the Center for Africana Studies (2002-2008) at the University of Pennsylvania, where he also served as the Chair of the Department of Sociology (2007-2013). His research asks what it means to be a human, a citizen, and a person. Beginning in 1988, he has asked this question as a professor at the University of Pennsylvania, as a television host on PBS, as a curator of museum exhibits and galleries, and as a documentary filmmaker.

Zuberi is the author of Swing Low, Sweet Chariot: The Mortality Cost of Colonizing Liberia in the Nineteenth-Century (University of Chicago Press, 1995); Thicker than Blood: How Racial Statistics Lie (University of Minnesota Press, 2001); Más espeso que la sangre: la mentira del análisis estadístico según teorías biológicas de la raza (Universidad Nacional de Colombia, 2013); and Africa Independence: How Africa Shapes the World (Rowman & Littlefield Publishers, 2015). He has completed a manuscript on written and oral history in pre-colonial West Africa, entitled Black Words and Memory Before the Destruction (forthcoming). He is the series editor of the “General Demography of Africa” (a multi-volume series). He and Eduardo Bonilla-Silva edited the volume White Logic, White Methods: Racism and Methodology that was awarded the Oliver Cromwell Cox Book Award by the American Sociological Association.

Zuberi is the curator of several exhibitions. He curated Tides of Freedom: African Presence on the Delaware at the Independence Seaport Museum, which premiered in May 2013. He produced and directed five interstitials for inclusion in the Tides of Freedom gallery. His exhibition, Black Bodies in Propaganda: The Art of the War Poster premiered at the University of Pennsylvania Museum of Archaeology and Anthropology in June 2013. Black Bodies in Propaganda presents 33 posters from Zuberi’s private collection. The Black Bodies in Propaganda exhibit was also presented at the Northwest African American Museum in Seattle, Washington (2016), and at the Thomas Gilcrease Institute of American History and Art, Tulsa, Oklahoma (2017). Zuberi curated the redesign of the Penn Museum Africa Gallery AFRICA GALLERIES from Maker to Museum (2019). He directed nine interstitials as part of the AFRICA GALLERIES from Maker to Museum at the Penn Museum.

From 2003 to 2014, Zuberi was a host of the hit Public Broadcasting System (PBS) series History Detectives, which regularly presented the social history of American culture to the public. In 2014, Zuberi returned as host and co-producer of the summer PBS series History Detectives: Special Investigations. He is the writer and producer of African Independence, a feature-length documentary film that highlights the birth, realization, and problems confronted by the movement to win independence in Africa. African Independence was selected and featured at over a dozen film festivals, and was the recipient of various awards. Completed in 2020, his feature-length documentary on the history of ancient Ghana, Mali, and Songhay is entitled Before Things Fell Apart (2020). His most recent short documentary on African material culture in museums is entitled Decolonizing the Narrative: Africa Galleries from Maker to Museum (2020). The first in a series of three short documentaries, Africa Galleries from Maker to Museum, is a 33-minute exploration of the debates about museums, reparations, restitution, and race.

Born Antonio McDaniel to Willie and Annie McDaniel, and raised in the housing projects of “Tassafaronga” in Oakland, California, he later embraced the name Tukufu Zuberi — Swahili for "beyond praise" and "strength." He took the name because of a desire to make and have a connection with an important period in which social movements in the United States and other nations in Africa, Asia, and Latin America were challenging what it means to be a human being. 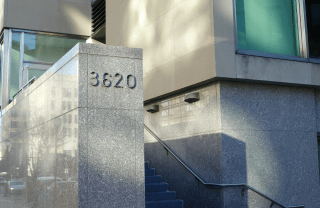