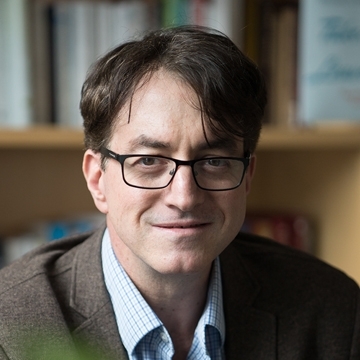 Victor Pickard’s research focuses on the history and political economy of media institutions, media activism, and the politics and normative foundations of media policy. His work is particularly concerned about the future of journalism and the role of media in a democratic society.

Victor Pickard is a Professor of Media Policy and Political Economy at the Annenberg School for Communication. Previously he taught at NYU and the University of Virginia and has held visiting appointments at Cornell, Goldsmiths, and LSE. He also worked on media policy in Washington, D.C. as a Senior Research Fellow at the media reform organization Free Press and the think tank New America, and as a Policy Fellow for Congresswoman Diane Watson.

Pickard has published over 150 articles, essays, and book chapters in leading scholarly journals and anthologies. He also has authored or edited six books, including the award-winning Democracy Without Journalism?: Confronting the Misinformation Society (Oxford University Press, 2020) and America’s Battle for Media Democracy: The Triumph of Corporate Libertarianism and the Future of Media Reform (Cambridge University Press, 2015). Other books include After Net Neutrality: A New Deal for the Digital Age (with David Berman; Yale University Press, 2019), Will the Last Reporter Please Turn out the Lights (with Robert McChesney; The New Press, 2011), The Future of Internet Policy (with Peter Decherney; Routledge, 2016), and Media Activism in the Digital Age (with Guobin Yang; Routledge, 2017).

Pickard has also co-authored three major reports. In 2009, he was the lead author of the first comprehensive report on the American journalism crisis, "Saving the News: Toward a National Journalism Strategy" (published by Free Press as part of the book Changing Media: Public Interest Policies for the Digital Age). In 2017, he co-authored the major report “Essential Principles for Contemporary Media and Communications Policymaking” (with Robert Picard; published by the Reuters Institute, University of Oxford). In 2018, he co-authored the report “The Media Democracy Agenda: The Strategy and Legacy of FCC Commissioner Michael Copps” (with Pawel Popiel; published by the Benton Foundation).

Pickard sits on the editorial board of 12 major communication journals and book series, and he has received numerous article and book awards, including the Frank Luther Mott/Kappa Tau Alpha Journalism book award, a James Tankard book award finalist, and the Harry W. Stonecipher Award for Distinguished Research on Media Law and Policy.

Pickard also maintains an active profile as a public scholar. He is a frequent commentator on public radio and he often speaks to the press about media-related issues. He has been interviewed about his research in leading news organizations such as NPR, The Washington Post, USA Today, and The New York Times, and has published dozens of op-eds and essays in venues like The Guardian, The Washington Post, Columbia Journalism Review, The Seattle Times, The Huffington Post, The Philadelphia Inquirer, Harvard Business Review, Jacobin, The Nation, and The Atlantic. He has delivered lectures and keynote addresses on campuses around the world. He chairs the board of directors for Free Press and he frequently collaborates with activists, policymakers, journalists, and community groups focused on media reform. Since 2012, he has co-directed the annual Consortium on Media Policy Studies (COMPASS) program in Washington D.C. With Sarah J. Jackson and Todd Wolfson, he co-directs the Media, Inequality & Change (MIC) Center.

After Net Neutrality: A New Deal for the Digital Age. Yale University Press, 2019.

“Media Activism from Above and Below: Lessons from the 1940s American Reform Movement” in Media, Ideology and Hegemony. Brill, 2018.

America's Battle for Media Democracy: The Triumph of Corporate Libertarianism and the Future of Media Reform. Cambridge University Press, 2014.

“Salvation or Folly? The Promises and Perils of Digital Paywalls.” Digital Journalism, 2013.

“Being Critical: Contesting Power within the Misinformation Society.” Communication and Critical/Cultural Studies, 2013.

“The Air Belongs to the People: The Rise and Fall of a Postwar Radio Reform Movement.” Critical Studies in Media Communication, 2012.

Will the Last Reporter Please Turn Out the Lights: The Collapse of Journalism and What Can Be Done To Fix It. The New Press, 2011.

“Saving the News: Toward a National Journalism Strategy.” FreePress, 2009. 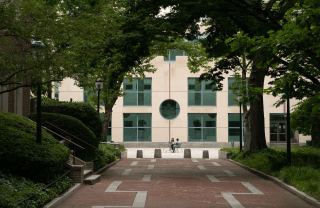 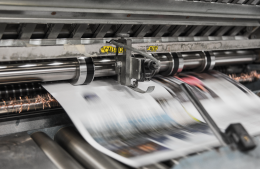 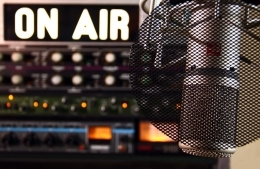 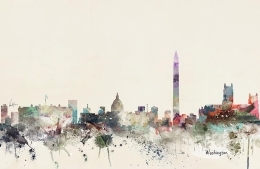