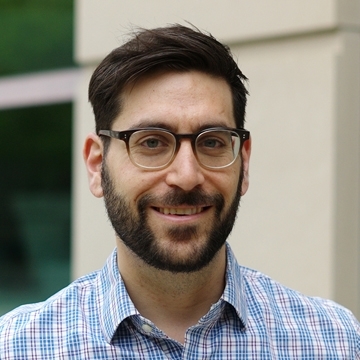 Yph Lelkes studies the structure, dynamics, and causes of political attitudes, with a particular emphasis in polarization and American politics. His work lies at the intersection of public opinion, political psychology, and political communication.

Yphtach (Yph) Lelkes is an Associate Professor at the Annenberg School for Communication. He studies public opinion, political psychology, and political communication.

His interests lie at the intersection of political communication, public opinion, and political psychology. In the broadest sense, he is interested in the antecedents, structure, and consequences of citizens’ political attitudes. He has focused on three, often overlapping, research questions: (1) What are the roots, structure, and consequences of affective polarization? (2) What is the impact of changes to the information environment on political attitudes? (3) What are the psychological underpinning and structure of political belief systems?

He takes a problem- rather than methods-based approach to social science. As such, he regularly employ traditional methods (such as surveys, lab & field experiments, and quasi-experiments) as well as more computationally intensive methods (using, e.g., geographic data, huge administrative datasets, and automated text analysis).

He is also the director of the Democracy and Information Group, where he explores these and related issues.

Before joining the University of Pennsylvania, he was faculty at the Amsterdam School of Communication. He received his Ph.D. from Stanford University.

Lelkes is a faculty affiliate at the Institute for the Study of Citizens and Politics and a fellow at the Amsterdam School of Communication Research. He also holds a secondary appointment in the Penn Political Science department.

"Link recommendation algorithms and dynamics of polarization in online social networks." Proceedings of the National Academy of Sciences of the United States of America (PNAS), 2021.

"The nonlinear feedback dynamics of asymmetric political polarization." Proceedings of the National Academy of Sciences of the United States of America (PNAS), 2021.

"Interindividual cooperation mediated by partisanship complicates Madison’s cure for 'mischiefs of faction'." Proceedings of the National Academy of Sciences of the United States of America (PNAS), 2021.

“A Bigger Pie: The Effects of High-Speed Internet on Political Behavior.” Journal of Computer-Mediated Communication, 2020.

“Projecting Confidence: How the Probabilistic Horse Race Confuses and Demobilizes the Public.” Journal of Politics, 2020.

“Understanding Partisan Cue Receptivity: Tests of Predictions from the Bounded Rationality and Expressive Utility Perspectives.” The Journal of Politics, 2020.

“The Origins and Consequences of Affective Polarization in the United States.” Annual Review of Political Science, 2019.

“The Limits of Partisan Prejudice.” Journal of Politics, 2017. 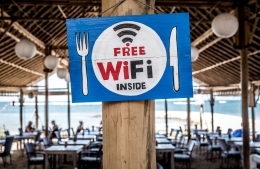 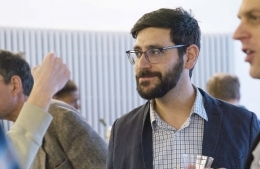 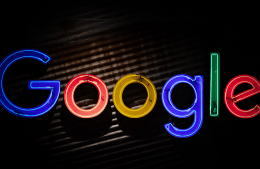 New York Times: How to Tell When Your Country Is Past the Point of No Return

Vox: Kyle Rittenhouse and the scary future of the American right

New York Times: How Much Does How Much We Hate Each Other Matter?