How much does tailoring anti-tobacco messaging to a specific group matter to the effectiveness of the message?

That’s a question Annenberg School for Communication researcher Andy Tan has been working to answer. And for 10 weeks this summer, he had help from students Oulaya Louaddi and Gabriela Montes de Oca, through an internship facilitated by the Penn Undergraduate Research Mentoring Program from the Center for Undergraduate Research & Fellowships. Such opportunities are geared toward students finishing their first or second undergraduate year at Penn, with each student receiving an award of $4,500.

The Penn undergrads also spent time on other work in Tan’s Health Communication & Equity Lab, including Project SMART, which focuses on anti-vaping messaging, and another study measuring the public health impact of flavor bans on tobacco products in Massachusetts.

Both students jumped right into the internship, says Tan, an associate professor of communication at Annenberg. “They were part of the research team meetings from the get-go. We taught them complicated and laborious processes, and both were really persistent and patient.” Both will continue working with Tan during the fall semester.

In high school, Louaddi had been involved in the anti-tobacco movement called The 84, researching how the tobacco industry pursues youth and minority groups as customers. When she read about the focus of Tan’s lab, she knew it would fit well with her background and interests.

“At my high school, a lot of students actively vaped. Through the advocacy work I did, I learned that the tobacco industry disproportionately targets communities like mine,” says Louaddi, from Revere, Massachusetts. “The advertising tactics are very planned out. Being able to teach my peers about it and talk to legislators was eye-opening.”

Interning with Tan meant an opportunity to continue along that trajectory. “No matter what my career ends up being,” says Louaddi, a sophomore in the School of Nursing, “this kind of work is something I plan to continue.”

Montes de Oca, a junior from Houston, came into the summer with similar passion. She also has a background working on public health issues and supporting marginalized populations as part of Penn’s United Minorities Council, as a member of the First-Generation, Low-Income Dean’s Advisory Board, and through her role as a Penn Civic Scholar. This summer, she also worked on COVID-19 testing and vaccinations at Sayre Health Center.

“I’m really interested in how anti-tobacco communication can impact sexual minority women. Research shows, for example, that bisexual women use tobacco more than their straight counterparts,” she says. “We also know that health disparities disproportionately affect groups like this. I’m interested in working in public health so I can help protect specific populations and communities.”

Ultimately, that’s the aim of Project Resist, too, getting there by understanding just how much sway tailored advertising has for certain populations and whether it can be employed as effectively to prevent and stop tobacco use as it has been to promote smoking and vaping.

“In the first phase of this research, we wanted to engage with stakeholders, optimize the design of anti-smoking messaging, and collect preliminary information from community organizations for barriers to implementing health promotion,” Tan says. Those data will help with Phase 2, which includes a pair of large, randomized control trials, with the first slated to begin in early fall.

Louaddi and Montes de Oca worked this summer on pre-experiment prep, sorting through and coding more than 1,000 participant comments regarding 58 anti-tobacco ads that Tan’s team created.

"No matter what my career ends up being, this kind of work is something I plan to continue."  —Oulaya Louaddi (C'23)

Montes de Oca built the coding dictionary, a key of sorts that she and Louaddi then used to group like response with like response. “We were looking at what types of emotions people felt, as well as how they evaluated each ad,” she says. For instance, were the visual and verbal cues—the images and text, logos and colors — confusing or understandable? Did the design have its intended effect? From there, the team will pare down which ads to use in the upcoming clinical trials.

Each piece of this research intends to build on the last, painting an ever-clearer picture of how to best design advertising to inspire smoking cessation, Tan says. “My motivation for all this work stems from the notion that there are inequalities in the way that tobacco marketing affects certain social groups, specifically LGBTQ populations.”

Neither Montes de Oca nor Louaddi had much research experience prior to this summer. Both students came away inspired and excited.

“This was my first venture into research,” Louaddi says. “My main goals were to see what goes into planning a research project, what the barriers are and policies that need to be followed, things like that.”

She certainly wasn’t expecting her personal experience and connections to help move the research forward. “I was able to connect them with people who I worked with in Massachusetts, like the director of 84, a youth mentor in Revere, school nurses,” she says. “I’m really grateful to feel like I was helping the team, that I was able to learn without burdening them.”

Montes de Oca says she appreciated the opportunity to choose what research she wanted to work on. “They really let us pick our own path,” she says.

For his part, Tan says he’s optimistic that the time in his lab inspired the students to think deeply about communication inequalities, about health equity for the LGBTQ community, and just maybe, broaden their ideas about their future. “I’m really hoping,” he says, “that we’ve done a good job showing them what research looks like.”

Funding for Project Resist comes from the National Cancer Institute. Funding for the flavor ban study and for Project SMART — which also includes Annenberg faculty Robert Hornik and David Lydon-Staley and Andrew Strasser of the Perelman School of Medicine, who also has a secondary appointment at Annenberg — comes from the National Institute on Drug Abuse. 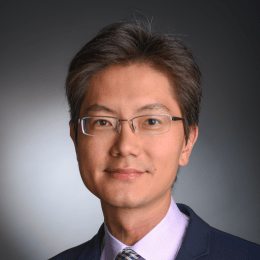