Social media influencers dominate our online platforms — selling us products, guiding cultural commentary, and setting trends. A 2021 survey showed that 43% of internet users follow some type of social media influencer online. And this year alone, U.S. companies are expected to spend over $4 billion on influencer marketing. Chances are excellent that you’ve bought something because an influencer advertised it.

As they live their lives under the public eye, influencers carefully curate their “brand” — deciding what they want their followers to see and what they want to keep to themselves

These branding decisions can be particularly complex if you’re someone with multiple minoritized identities, argues Punathambekar, Professor of Communication and Director of the Center for Advanced Research in Global Communication at the Annenberg School for Communication.

In a recent paper published in the International Journal of Cultural Studies, Punathambekar and his co-authors, Julia Giese and Diwas Bisht of Loughborough University, analyze how three British South Asian women social media influencers — Nadiya Hussain, Amena Khan, and Harnaam Kaur — present themselves online, curating media- and corporate-friendly brands while under pressure to be the perfect representation of their gender, race, ethnicity, and religion.

We spoke to Punathambekar about the research and what his team found.

Why did you choose Nadiya Hussain, Amena Khan, and Harnaam Kaur? What interested you about each of them?

In delving into the history of media and Briitsh-Asian culture, we noticed that there was a discernible shift in the 2000s involving women-of-color and their creative uses of digital platforms. We chose to study the work of Nadiya Hussain, Amena Khan, and Harnaam Kaur in particular because they are among the first and most prominent examples of such media producers but also because they allow for an analysis of the potential and limits of curating ethnicities. Nadiya Hussain, a Muslim British Bangladeshi working class woman, rose to fame winning the most quintessential British competitive reality TV show, The Great British Bake-Off and has built upon her success across multiple platforms - as an author, a presenter, a model and a social media influencer. In contrast, Amena Khan’s journey as a fashion influencer started not on traditional television but on YouTube and has since diversified both in terms of her content and her presence across other platforms like Instagram, Snapchat, and Twitter. While Hussain and Khan seem to focus their efforts on curating a middle-class, feminine, and domestic cultural space, Harnaam Kaur challenges these notions. In her work on Instagram and YouTube, Kaur takes on established ideas about what it means to be a British and a South Asian woman.

Nadiya Hussain’s popularity on Bake Off gets a lot of attention in the paper. What was significant about her win at that particular moment in British politics?

Nadiya Hussain’s success came at a time in which the political climate was shaped by anti-immigrant sentiments in Britain. And it was fantastic to see a hijab-wearing British, Bangladeshi woman win a show taking place in the idyllic English countryside in a tent decorated with Union Jacks, tapping into nostalgia for a glorious British past. Not surprisingly, her presence in the show sparked a wide-ranging conversation about what it means to be British today and how television shapes such understandings.

There’s a refrain in popular media studies that “representation matters,” but the paper questions whether representation in mainstream media is very helpful to anti-racist activism. Why is that?

Media and cultural studies scholars have always argued that representation cannot be an end in and of itself. And given how well the media industries have branded and commodified diversity, we need to be careful in claiming easy victories for marginalized communities. Put simply, it is not about seeing and hearing a wider range of voices and bodies. Of course, we should recognize the work that women like Nadiya Hussain, Amena Khan, and Harnaam Kaur have done to challenge Islamophobia, colorism, and ideas about femininity. But instead of asking if these representations are ‘authentic’ and cataloging their limits, we need to ask how these women’s media labor becomes part of broader conversations about national cultures and identities. And that, in turn, means connecting these media moments to collective struggles against exclusionary social, cultural, and economic policies.

Influencers in the study get praise for embracing parts of their culture or religion — a hijab, a turban — but are encouraged to not be too religious else they jeopardize their appeal to the public. What do influencers lose when they curate their cultural image to fit popular opinion?

It is important to acknowledge that visual markers of religion have varying political and cultural currency. The hijab may be acceptable as a fashion statement but comes under intense scrutiny when accompanied by a political critique of Islamophobia. As we show in our article, any connections with a broader Islamic identity and community can unsettle acceptable, brand-ready notions of femininity in Britain. When Hussain and Khan are forced to tone down their religious and cultural selves, they end up having to fit into a space where ethnic differences can be performed safely. The affective charge of a Muslim fashion vlogger is welcomed so long as religion remains contained within the space of a middle-class Muslim home and presented in a way that assuages mainstream anxieties about Islam and Muslim-ness. What figures like Hussain, Khan, and Kaur are offered is conditional belonging in the British national daily.

In the paper, there’s talk of diversity policies in the media industry failing and BIPOC, LGBTQ, and female media creators being sidelined — even on streaming platforms that were promised to be more “diverse.” Do you think there’s a way to meaningfully increase diversity in British media on a large scale?

Racial inequality in the media sector is multi-dimensional. So we do want to insist on the significance of focusing on representations and in particular, breakthrough moments that make us sit up and take note of a radically new way of inhabiting the world. But far too often, our focus on diversity is dis-connected from collective, anti-racist struggles. The work ahead for scholars, critics, and policymakers is to remake this connection and figure out a better way to position the study of race in media and communication. 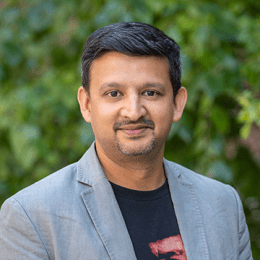