Women Are Under-Cited and Men Are Over-Cited in Communication

An analysis of citations in 14 Communication journals found that men are over-cited and women are under-cited, especially in papers authored by men.

In academia, how often your work is cited is one of the most important factors impacting whether you receive promotions, awards, and grants. It purports to be a non-biased metric of the significance of a scholar’s research and contributions to the field. But what if it’s not that straightforward?

A new study from the Addiction, Health, & Adolescence (AHA!) Lab at the Annenberg School for Communication at the University of Pennsylvania found that men are over-cited and women are under-cited in the field of Communication. The researchers’ findings indicate that this problem is most persistent in papers authored by men.

“Despite known limitations in their use as proxies for research quality, we often turn to citations as a way to measure the impact of someone’s research,” says Professor David Lydon-Staley, “so it matters for individual researchers if one group is being consistently under-cited relative to another group. But it also matters for the field in the sense that if people are not citing women as much as men, then we're building the field on the work of men and not the work of women. Our field should be representative of all of the excellent research that is being undertaken, and not just that of one group.”

Many scholars have previously asserted that women are under-cited in academia. In order to test this hypothesis in the field of Communication, the researchers analyzed authorship data from 14 Communication journals from 1995 to 2018. Using name databases, they assigned “man” or “woman” to each author cited (removing names that could not be assigned with at least 70% probability) and then calculated the number of women authors cited in comparison with men authors cited in over 8,000 articles.

“One big takeaway from this study is that this is really a problem that men need to contend with,” says Lydon-Staley, “because our findings show that this citation imbalance is being mostly driven by the citation practices of men, not women.”

There is some good news, however. The first is that the gender imbalance in citation does seem to be lessening ever so slightly over time, though the researchers are concerned that the documented struggles of women academics during the COVID-19 pandemic will end any gains that have been made. The second is that there are tools to help academics evaluate their citation practices. Co-author Dale Zhou, a graduate student in co-author Professor Danielle Bassett’s laboratory at Penn Engineering, has created an online tool that allows you to estimate the gender of the authors you cite. Jennifer Stiso, a co-author and research engineer in Bassett’s laboratory, has created a browser extension that estimates the gender of paper authors when using Google scholar.

“These tools, like our study, can be a catalyst for ending the citation imbalance along gender lines,” says Annenberg doctoral student and first author Xinyi Wang. “But real change is going to require academics, especially men, to do the hard work of searching the field for literature they may not be familiar with and promoting the work of women researchers.” 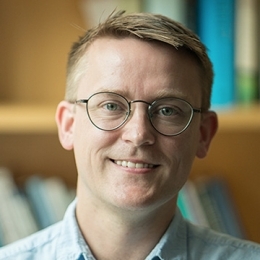 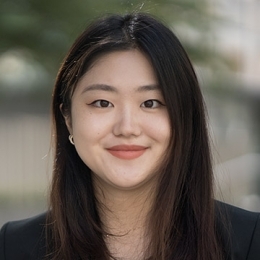