Dr. Desmon Patton and Owen Rambow plan to develop an algorithm that analyzes the language used by gang members online.

By Columbia School of Social Work

Firearm-related violence is up in major American cities in 2016. While we may not be facing the apocalypse Republican presidential candidate Donald Trump depicted at his convention last month—violent crime rates in cities are far below what they were a decade ago—it remains a disturbing trend, and not for the reasons the candidate inferred. How can our nation possibly be proud of the fact that so many of our cities are killing fields, with almost all of the victims being men of color?

Assistant Professor Desmond Patton has been pondering the issue of surging gang violence since he started his academic career. He attended graduate school in Chicago, which has the country’s largest gang population and one of its worst gang violence problems. (Already in 2016, Chicago shootings have soared 88 percent over last year.)

Dr. Patton believes that a new factor contributing to the uptick in the violence being seen in poor urban areas is the fact that so many gang members are on social media. In his early research, he soon become aware that many gang members now do business with their mobile phones. They communicate threats on social media platforms (in particular, Facebook and Twitter)—a concept he coined as Internet banging.

The question that preoccupies him these days is: can a method be developed to predict when online harassment is most likely to spill out into the streets? If so, we may be able to intervene early enough to prevent the violence that takes the lives of so many youth of color.

With the help of a Research Opportunities and Approaches to Data Science (ROADS) Grant from Columbia University’s Data Science Institute, Dr. Patton plans to collaborate with Owen Rambow, a senior research scientist at Columbia University’s Center of Computational Learning Systems, to develop an algorithm to decode gang member language in two of America’s most violence-torn cities, Chicago and Baltimore.

“For each of these cities, we will be trying to develop and evaluate a computer-based, natural language processing algorithm that can detect and decode the high-stress language gang-involved youth use on Twitter, which could be used to prevent future fatal or non-fatal firearm violence,” Dr. Patton explained.

The research project, titled “Natural Language Processing Tools for Gang Violence Prevention,” was one of only two to be funded by a ROADS Grant this year, which favors proposals that combine data science expertise with domain expertise—in this case, a social scientist who understands the culture and context of violence in urban settings and a data scientist who knows how to analyze social media.

Noting that ROADS is designed for projects that may lead to the development of successful proposals, Dr. Patton added: “Ultimately, we hope our findings will support a large-scale study to test causal pathways between high-stress language in digital media spaces and a rise in the kind of crimes that involve firearm injury.”

Click here to read the original story from the Columbia School of Social Work. 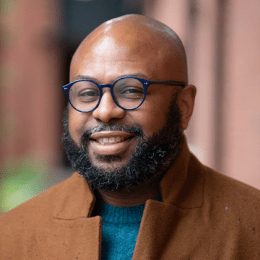