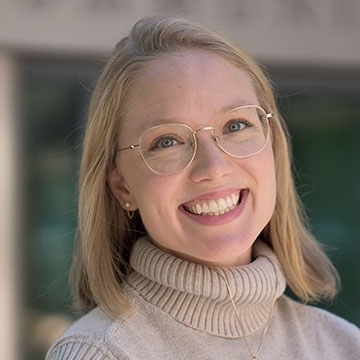 Liz studies the intersection of collective memory and national identity as it plays out in (and is enabled by) the news media.

She is especially interested in the linkages between journalism and culture, and what these linkages mean for political subjectivity, the public sphere, and democracy globally. Some of her most recent projects have looked at the 20th anniversary of 9/11 and the role of the “profile piece” genre in shaping narratives of the Ukraine war.

She is a member of the Center for Media at Risk Steering Committee, and she is a Center on Digital Culture and Society Fellow. Along with her colleague and with the support of CDCS, she runs the working group Theory Lab, which examines the role of theory in communication research and pedagogy. She recently published a podcast for the Center for Media at Risk entitled, “How the West Stands in the Way of Syrian Journalism.”

Originally from Baltimore, Maryland, she earned her bachelor’s degree in International Studies and English Literature from Macalester College in St. Paul, Minnesota. 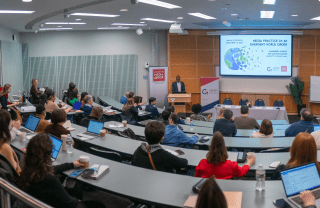 A symposium held by the Center for Media at Risk and the Center for Advanced Research in Global Communication brought together media practitioners from around the globe. 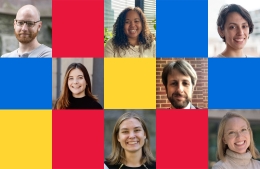