She collects data about important issues and creates visually appealing ways to convey it to others.

With over 400 episodes like “I’m a Sex Offender,” “I’m Allergic to Everything,” and “I’m Addicted to Food,” MTV’s True Life series has been luring in viewers for 20 years. For first-year Annenberg doctoral student Roopa Vasudevan, who spent four years as a producer for these and other True Life episodes, the show helped her learn to avoid making snap judgements about people. It also taught her to think about whose stories are being told and who is being left out.

“My experience with MTV, and in particular True Life, was really important to my development as an artist,” Vasudevan says. “It made me think about what people or issues are being ignored, and what I can do to bring attention to them.”

Vasudevan left the television industry to attend graduate school at New York University’s Tisch School of the Arts. Her master’s program in interactive telecommunications afforded her the opportunity to learn computer programming and introduced her to data visualization. It was during this time that she really began to think of herself as an artist and to actively create art.

Her artistic practice involves collecting data, usually about important social and/or political issues, and then creating interesting and visually appealing ways to convey the data to others. She has tackled online hate speech, birth control accessibility, hip hop lyrics, and more.

The project, which Vasudevan calls #Bellwether, was originally commissioned by SPACES, an art space in Cleveland, Ohio, and exhibited there in the summer of 2016. It was later exhibited in Brussels, Belgium. And, Vasudevan says, #Bellwether was what really made her start thinking about pursuing a Ph.D.

Vasudevan plans to use her time at Annenberg to consider how data collection impacts the way that history is written and viewed, whose stories are being left out in the dominant narrative about technology and access to technology, and how to develop a more ethical approach to collecting data.

“From my perspective as an artist who has used a lot of data collection, these tools are not necessarily benign,” she says. “I struggle with this in my own practice, and I want to figure out how we, as a society, can create more fair and just approaches to data collection. How can we use this technology for good?”

Vasudevan comes to Annenberg with teaching experience, including several years as an assistant arts professor at New York University Shanghai. There, she helped to develop the interactive media arts program, both teaching courses and serving in administrative capacities.

This semester, in addition to her first-year coursework, Vasudevan is an artist-in-residence at Haverford College as part of the Philadelphia Area Creative Collaboratives. She will be working on a project that aims to visualize the difference between the version of someone collected online through data mining and the whole person who exists in real life. In addition, she will give artist talks, work with faculty, and guest lecture in classes.

Just six months into her Ph.D. program, Vasudevan’s ideas are just beginning to bloom, but she has already felt supported by faculty. Interested in bringing both artistic and academic approaches to her research, she recognizes that some of her work may not be seen as traditionally academic, but she believes her approach to her doctoral studies will make her both a better artist and a better teacher. 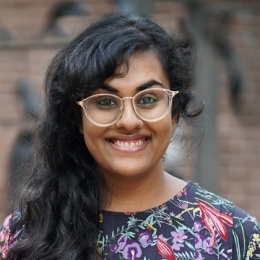 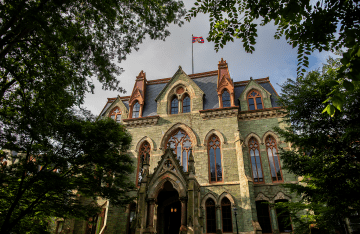 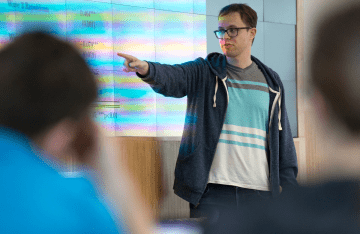 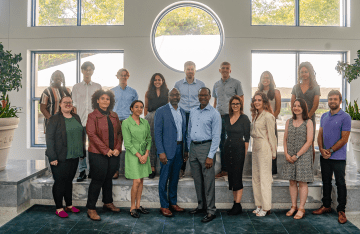