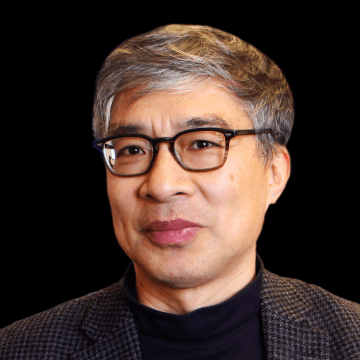 Guobin Yang studies social movements, digital culture, global communication, and contemporary China. He takes historical and cultural approaches to the analysis of social and political practices, with a focus on the role of technologies, narratives, and emotions.

Yang is the editor or co-editor of five books, including Engaging Social Media in China: Platforms, Publics, and Production (with Wei Wang; Michigan State University Press, 2021), Media Activism in the Digital Age (with Victor Pickard; Routledge, 2017), China's Contested Internet (NIAS Press, 2015), The Internet, Social Media, and a Changing China (with Jacques deLisle and Avery Goldstein; University of Pennsylvania Press, 2016), and Re-Envisioning the Chinese Revolution: The Politics and Poetics of Collective Memories in Reform China (with Ching-Kwan Lee; Stanford University Press, 2007).

Yang is a Fellow of the International Communication Association. He is a member of the editorial team of Global Media and Communication. He serves on the editorial boards of Social Media + Society, the Journal of Communication, The International Journal of Press/Politics, International Journal of Communication, Global Media and China, The China Quarterly, China Information: A Journal on Contemporary China Studies, Chinese Journal of Sociology, Sociological Forum, the "Global Asia" book series and “China's Environment and Welfare” book series of the Amsterdam University Press, and on the advisory boards of Emotions and Society, Asiascape: Digital Asia, and Critical Perspectives on Citizen Media. He is a former co-editor of Communication and the Public. He received a John D. and Catherine T. MacArthur Foundation “Writing and Research Grant” (2003) and was a fellow at the Woodrow Wilson International Center for Scholars in Washington, D.C. (2003-2004).

Previously he taught as an assistant professor of sociology at the University of Hawaii at Manoa and as an associate professor of Asian and Middle Eastern Cultures at Barnard College of Columbia University. He has a Ph.D. in English Literature with a specialty in Literary Translation from Beijing Foreign Studies University and a second Ph.D. in Sociology from New York University.

“Communication as Translation: Notes Toward a New Conception of Communication” in Rethinking Media Research for Changing Societies. Cambridge University Press, 2020.

“Demobilizing the Emotions of Online Activism in China: A Civilizing Process.” International Journal of Communication, 2018.

“Narrative Agency in Hashtag Activism: The Case for #BlackLivesMatter.” Media and Communication, 2016.

The Internet, Social Media, and a Changing China. University of Pennsylvania Press, 2016.

“The Networked Practice of Online Political Satire in China: Between Ritual and Resistance.” International Communication Gazette, 2015.

“The Return of Ideology and the Future of Chinese Internet Policy.” Critical Studies in Media Communication, 2014.

The Power of the Internet in China: Citizen Activism Online. Columbia University Press, 2009. 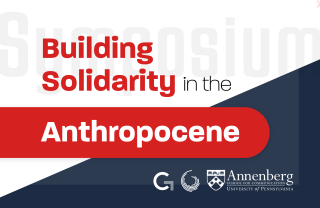 CARGC and CDCS are delighted to share video recordings of the month-long symposium that took place in April 2022. 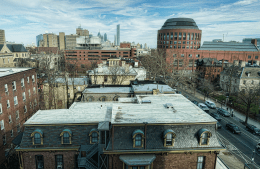 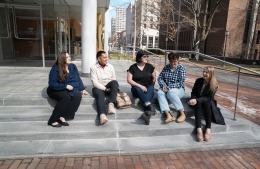 The Spectator: Covid’s Legacy: How Will China Remember the Pandemic?

STAT: The 41 Best Books and Podcasts on Health and Science To Check Out This Summer