Researchers have developed an immersive video to train people on carrying and using naloxone.

The United States has seen a 200% increase in the rate of deaths by opioid overdose in the last 20 years. But many of these deaths were preventable. Naloxone, also called Narcan, is a prescription drug that reverses opioid overdoses, and in more than 40 states — including Pennsylvania — there is a standing order policy, which makes it available to anyone, without an individual prescription from a healthcare provider.

Members of the public can carry naloxone in case they encounter a person experiencing an opioid overdose. But how do you know if someone needs naloxone and how do you administer it? Health care providers are often trained to respond in these types of situations, and prior to the onset of COVID-19, public health organizations were offering in-person trainings to the public.

But how do we get even more people trained and motivated to save lives from opioid overdoses, especially in our current socially distanced world?

A group of interdisciplinary researchers from the University of Pennsylvania and the Philadelphia Department of Public Heath developed a virtual reality immersive video training aimed at doing just that. Their new study — published recently in Drug and Alcohol Prevention — shows that the VR training is just as effective as an in-person training at giving the public both the knowledge and the confidence they need to administer naloxone and save lives.

“Overdoses aren’t happening in hospitals and doctor’s offices,” says Nicholas Giordano, former Lecturer at Penn’s School of Nursing. “They’re happening in our communities: in parks, libraries, and even in our own homes. It’s crucial that we get the ability to save lives into the hands of the people on the front lines in close proximity to individuals at risk of overdose.”

The researchers adapted a 60 minute in-person training, the educational standard for health care providers, into a 9-minute immersive virtual reality video. Then the interdisciplinary team tested the VR training on members of the public at free naloxone giveaways and training clinics hosted by the Philadelphia Department of Health at local libraries. (The clinics were held in 2019 and early 2020, before the coronavirus pandemic made such events unsafe.)

Roughly a third of the 94 participants received one-on-one in-person instruction on how to administer naloxone, while the others watched the experimental VR training. After the initial training, participants answered questions about the training to determine if they’d learned enough information to safely administer naloxone in the case of an opioid overdose.

Before leaving the library, all participants were given the opportunity to receive whichever training they didn’t receive initially. Since the VR training was still in testing mode, the researchers wanted to ensure that all participants had full access to what they came for: knowledge of how to save lives.

“We were really pleased to discover that our VR training works just as well as an in-person training,” says Natalie Herbert, a 2020 graduate of Penn’s Annenberg School for Communication. “We weren’t looking to replace the trainings public health organizations are already offering; rather, we were hoping to offer an alternative for folks who can’t get to an in-person training, but still want the knowledge. And we’re excited to be able to do that.” 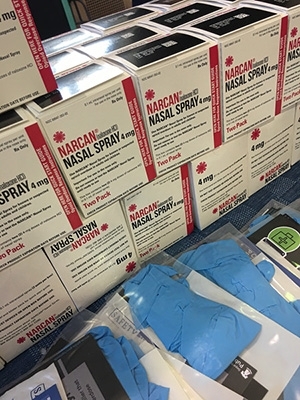 In addition to continuing to test their VR training, the researchers plan to begin making it available to the general public through partnerships with libraries, public health organizations, and other local stakeholders. With grant support from the Independence Blue Cross Foundation, the team will be disseminating and promoting the VR training throughout the Greater Philadelphia Area. Now, more than ever, the portability and immersive aspects of this VR raining can be leveraged to expand access to overdose training. For more information on how to experience the VR training, which can be used at home through Google Cardboard or other VR viewers, visit their website: https://www.virtualinnovation.org.

This work was supported, in part, by a grant from the Independence Blue Cross Foundation. 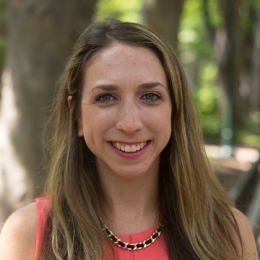 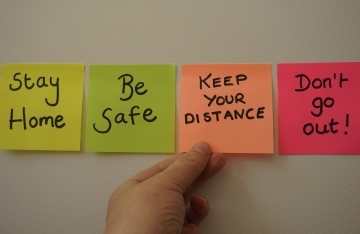