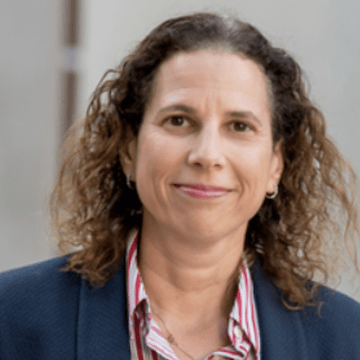 Jennifer E. Rothman is nationally recognized for her scholarship in the field of intellectual property law. She is the leading expert on the right of publicity, and is frequently sought after to consult on legislation, high-profile litigation, and the development of creative projects. Rothman is the Nicholas F. Gallicchio Professor of Law at the University of Pennsylvania Cary Law School and holds a secondary appointment at the Annenberg School for Communication.

In addition to focusing on conflicts between intellectual property rights and other constitutionally-protected rights, such as the freedom of speech, her scholarship also explores the intersections of tort and property law, particularly in the context of the right of publicity, copyright, and trademark and unfair competition law. Her current research focuses on the ways intellectual property law is employed to turn people into a form of property, as well as how it regulates the production and content of expression. Her recent book, The Right of Publicity: Privacy Reimagined for a Public World, published by Harvard University Press, addresses some of these concerns in what has been described as the “definitive biography of the right of publicity.” Rothman’s essays and articles regularly appear in top law reviews and journals. Her most recent article, The First Amendment and the Right(s) of Publicity, appears in the Yale Law Journal.

She also created Rothman’s Roadmap to the Right of Publicity, an online resource, located at www.rightofpublicityroadmap.com, that provides a comprehensive analysis of state right of publicity laws and commentary on recent cases and legislation. Rothman is an elected member of the American Law Institute and an adviser on the Restatement of the Law (Third) of Torts: Defamation and Privacy.

Rothman joined the Penn faculty after serving as the William G. Coskran Chair at LMU Loyola Law School in Los Angeles, where she received the 2019-2020 David P. Leonard Faculty Service Award for outstanding teaching and service. Rothman was previously a member of the faculty at Washington University in St. Louis. She is also an affiliated fellow at the Yale Information Society Project at Yale Law School.

Rothman received her A.B. from Princeton University where she received the Asher Hinds Book Prize and the Grace May Tilton Prize. Rothman received an M.F.A. in film production from the University of Southern California’s School of Cinematic Arts, where she directed an award-winning documentary. Rothman received her J.D. from UCLA, where she graduated first in her class and won the Jerry Pacht Memorial Constitutional Law Award for her scholarship in that field. Rothman served as law clerk to the Honorable Marsha S. Berzon of the United States Court of Appeals for the Ninth Circuit in San Francisco.

Rothman has also worked in the film industry, including a position in feature production at Paramount Pictures, and as an entertainment and intellectual property litigator in Los Angeles.