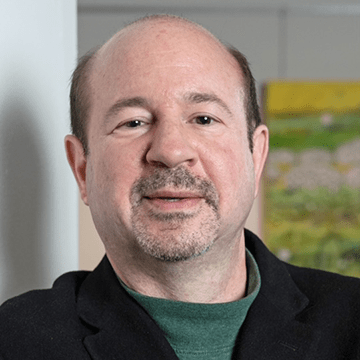 Dr. Michael E. Mann is Presidential Distinguished Professor in the Department of Earth and Environmental Science at the University of Pennsylvania, with a secondary appointment in the Annenberg School for Communication. He is director of the Penn Center for Science, Sustainability, and the Media (PCSSM).

Dr. Mann was a Lead Author on the Observed Climate Variability and Change chapter of the Intergovernmental Panel on Climate Change (IPCC) Third Scientific Assessment Report in 2001 and was organizing committee chair for the National Academy of Sciences Frontiers of Science in 2003. He has received a number of honors and awards including NOAA's outstanding publication award in 2002 and selection by Scientific American as one of the fifty leading visionaries in science and technology in 2002. He contributed, with other IPCC authors, to the award of the 2007 Nobel Peace Prize. He was awarded the Hans Oeschger Medal of the European Geosciences Union in 2012 and was awarded the National Conservation Achievement Award for science by the National Wildlife Federation in 2013. He made Bloomberg News' list of fifty most influential people in 2013. In 2014, he was named Highly Cited Researcher by the Institute for Scientific Information (ISI) and received the Friend of the Planet Award from the National Center for Science Education. He received the Stephen H. Schneider Award for Outstanding Climate Science Communication from Climate One in 2017, the Award for Public Engagement with Science from the American Association for the Advancement of Science in 2018 and the Climate Communication Prize from the American Geophysical Union in 2018. In 2019 he received the Tyler Prize for Environmental Achievement and in 2020 he received the World Sustainability Award of the MDPI Sustainability Foundation. He was elected to the U.S. National Academy of Sciences in 2020. He received the Leo Szilard Award of the American Physical Society in 2021. He is a Fellow of the American Geophysical Union, the American Meteorological Society, the Geological Society of America, the American Association for the Advancement of Science, and the Committee for Skeptical Inquiry. He is also a co-founder of the award-winning science website RealClimate.org.

Dr. Mann is author of more than 200 peer-reviewed and edited publications, numerous op-eds and commentaries, and five books including Dire Predictions: Understanding Climate Change, The Hockey Stick and the Climate Wars: Dispatches from the Front Lines, The Madhouse Effect: How Climate Change Denial is Threatening our Planet, Destroying Our Politics, and Driving Us Crazy, The Tantrum that Saved the World and The New Climate War: The Fight to Take Back Our Planet. 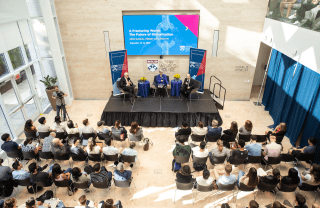 The Future of Globalization in a Fracturing World

Perry World House’s 2022 Global Order Colloquium hosted experts from government, the media, and across the University to tackle the topic of the state of globalization. 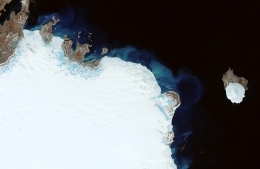 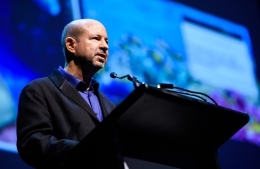