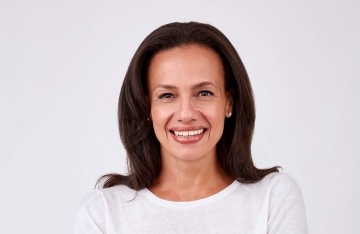 The Center for Africana Studies, in conjunction with the Annenberg School for Communication, will host the 21st annual Reverend Dr. Martin Luther King, Jr. Lecture in Social Justice.

Watch the event on January 25 at 5:30pm on Africana Studies' YouTube page.

Alexis McGill Johnson is the president and CEO of Planned Parenthood Federation of America and the Planned Parenthood Action Fund. Planned Parenthood provides vital health services to 2.4 million people each year through more than 600 health centers across the country. Planned Parenthood’s vision is a world of equity: where sexual and reproductive rights are basic human rights; where access to health care doesn’t depend on who you are or where you live; and where every person has the opportunity to choose their own path to a healthy and meaningful life.

Alexis is a champion for social and racial justice, a respected political and cultural organizer, and a tireless advocate for reproductive freedom. She has been in Planned Parenthood’s leadership for more than a decade as PPFA board chair and a Planned Parenthood Action Fund board member.

A researcher by training, Alexis co-founded and co-directed the Perception Institute, a consortium of researchers, advocates, and strategists who translate cutting-edge mind science research on race, gender, ethnic, and other identities into solutions that reduce bias and discrimination, and drive equity and belonging. She is also a thought leader on brain science and narrative change and has written extensively on equity, race, and culture.

Dorothy Roberts is the 14th Penn Integrates Knowledge Professor and George A. Weiss University Professor of Law & Sociology at University of Pennsylvania, with joint appointments in the Departments of Africana Studies and Sociology and the Law School, where she is the inaugural Raymond Pace and Sadie Tanner Mossell Alexander Professor of Civil Rights. She is also Founding Director of the Penn Program on Race, Science & Society. An internationally recognized scholar, public intellectual, and social justice advocate, Roberts has written and lectured extensively on race, gender and class inequality in U.S. institutions and has been a leader in transforming thinking on reproductive justice, child welfare, and bioethics.

She is author of Killing the Black Body: Race, Reproduction, and the Meaning of Liberty, first published in 1997 and reissued in 2017, which was instrumental in launching the reproductive justice movement, as well Shattered Bonds: The Color of Child Welfare (2001), Fatal Invention: How Science, Politics, and Big Business Re-create Race in the Twenty-First Century (2011), Torn Apart: How the Child Welfare System Destroys Black Families—and How Abolition Can Build a Safer World, which will be released in April 2022.  She has served on the boards of directors of the American Academy of Political and Social Science, the Black Women’s Health Imperative, and the National Coalition for Child Protection Reform, and her work has been supported by the American Council of Learned Societies, the National Science Foundation, the Robert Wood Johnson Foundation, and the Fulbright Program. Recent recognitions of her work include the 2019 New Voices for Reproductive Justice Voice of Vision Award, 2017 election to the National Academy of Medicine, and 2016 Society of Family Planning Lifetime Achievement Award.