The talk will be given by Desmond Upton Patton, M.S.W., Ph.D., Associate Professor at the Columbia School of Social Work. The event is co-sponsored by the School of Social Policy & Practice, the Annenberg School for Communication, and the Department of Psychiatry at the Perelman School of Medicine.

You will receive a link to join the Zoom in your confirmation email.

Gun violence continues to be a serious public health problem in the United States. Recent research indicates that firearm violence is exacerbated by social media usage and the formation of the “digital street.” Violence prevention and intervention strategies, however, typically exclude social media as a risk factor, and there are few tools available to violence prevention organizations to help them prevent violence based on social media content and engagement.

Professor Desmond Upton Patton will address this critical gap, present findings from his research on this subject, and discuss the promise and challenges of using AI in the process. 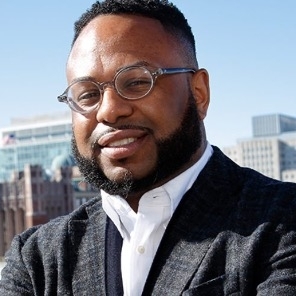 An Associate Professor at the Columbia University School of Social Work, Desmond Upton Patton examines pathways to violence, both on- and offline, among low-income youth of color.

Patton is the founding director of SAFElab, a member of the Data Science Institute, and a faculty affiliate of the Social Intervention Group (SIG). He holds a courtesy appointment in the department of Sociology. He is the recipient of the 2018 Deborah K. Padgett Early Career Achievement Award from the Society for Social Work Research (SSWR) and was named a 2017-2018 fellow at Harvard’s Berkman Klein Center for Internet and Society.

In partnership with the Data Science Institute, he is developing an online tool for detecting aggression in social media posts. Patton’s research on “internet banging” has been featured in The New York Times, the Chicago Tribune, USA Today, NPR, Boston magazine, ABC News, Nature, and Vice. It was cited in an amici curiae brief submitted to the United States Supreme Court in Elonis v. United States, which examined the interpretation of threats on social media.