Jamieson Named a Shorenstein Fellow at Harvard for Fall 2017

She will explore the role of the press in reinforcing norms of democratic discourse.

Kathleen Hall Jamieson, Elizabeth Ware Packard Professor of Communication at the Annenberg School, has been named a Fall 2017 Fellow by the Shorenstein Center on Media, Politics and Public Policy, based at Harvard Kennedy School.

Jamieson, Director of the Annenberg Public Policy Center (APPC), will explore the role of the press in reinforcing norms of democratic discourse during the 2016 presidential campaign.

Among the issues Jamieson plans to examine are:

Jamieson, a scholar of political communication and co-founder of FactCheck.org, has authored or co-authored 15 books, including The Obama Victory and Spiral of Cynicism. She co-edited the recently published Oxford Handbook of Political Communication, in which she co-authored a chapter on “The Political Uses and Abuses of Civility and Incivility.” She has extensively studied civility in Congress, and in 2016 delivered a TEDx talk on “The Decline of American Politics and How to Fix It.” She also co-edited the recently published Oxford Handbook of the Science of Science Communication.

The Shorenstein Center also announced its visiting faculty for the fall, among them New York Times op-ed columnist and former editorial page editor Andrew Rosenthal, who was a professional-in-residence at APPC during the spring 2017 semester.

Jamieson will be on a sabbatical from the University of Pennsylvania during the fall of 2017. 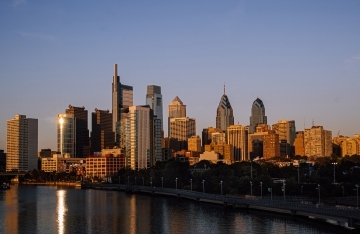