From vaccinations to climate change, nuclear power to fracking, the weight of scientific evidence and the perceptions of the public are often deeply at odds. Political controversies arise over issues in which the science has long been settled as well as those involving emerging technologies for which the best available evidence is needed as a guide for thoughtful policy decisions. The rapidly changing media environment further complicates the communication of sound science. 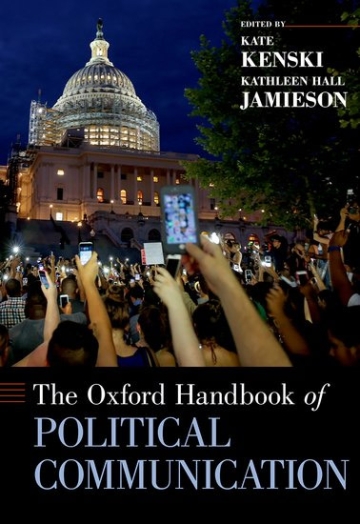 Aimed at researchers, scholars, students, and those on the front lines who must convey complex scientific ideas to policy makers and the public, the handbook offers up-to-date scholarship on communicating consequential and controversial science topics from nanotechnology and genetically modified organisms (GMOs) to the need for vaccinations.

The handbook offers empirical approaches to communicating science — the science of science communication — with evidence derived by the scientific method. It is edited by Kathleen Hall Jamieson, director of the Annenberg Public Policy Center (APPC); Dan Kahan, a professor of law and psychology at Yale Law School; and Dietram A. Scheufele, a professor of science communication at the University of Wisconsin-Madison. Kahan and Scheufele are past visiting scholars at APPC in the Science of Science Communication program.

The clear communication of science is an imperative in today’s world, where there’s more complex science for the public to understand than any one person could reasonably know. As the three editors write: “Members of a modern democratic society must become experts not in any particular form [of science]… but rather at reliably discerning who knows what about what.”

The handbook assesses the media landscape from news and entertainment to blogs and films, and the role of “elite intermediaries,” including scholarly journals, museums, and foundations. It examines ways to overcome human biases such as confirmation bias and endpoint bias, which are, respectively, the tendencies to confirm one’s beliefs and to put too much weight on the endpoint in a trend. It looks at the growing incidence of retractions, which has been characterized in the media as a sign that science is broken rather than as evidence that the self-correcting nature of science is working. The handbook also presents case studies that consider the specific communication challenges in discussing polarized topics such as GMOs, vaccinations, and climate change.

The chapters emerged from a 2014 conference opening the Science of Science Communication program at the Annenberg Public Policy Center.  The Annenberg Public Policy Center was established in 1994 to educate the public and policy makers about the media’s role in advancing public understanding of political, health, and science issues at the local, state, and federal levels.