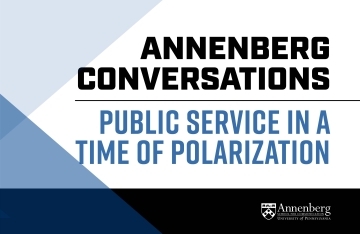 “The Role of Media In Interpreting Election Outcomes, And How To Improve It” 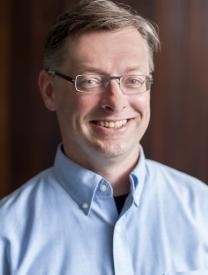 John Lapinski, Ph.D., is the Robert A. Fox Professor of Political Science at the University of Pennsylvania, Faculty Director of the Robert A. Fox Leadership Program and the Director of the Penn Program on Opinion Research and Election Studies. He also serves as the Faculty Director for the Executive Masters of Public Administration program within the Fels Institute of Government and as the Director of the Elections Unit at NBC News. In his role for NBC News, Lapinski is responsible for projecting races for the network and produces election-related stories through exit polls for NBC News, MSNBC, CNBC, Telemundo, and all of NBC’s digital properties. Lapinski earned his Ph.D. at Columbia University in 2000, and previously was an associate professor in the Department of Political Science at Yale University. He came to Penn in 2006. His primary area of research is concerned with understanding national elections as well as lawmaking in Congress through empirical analysis. He is the author of The Substance of Representation (Princeton University Press, 2013) and co-author (with David A. Bateman and Ira Katznelson) of Southern Nation (Princeton University Press, 2018). 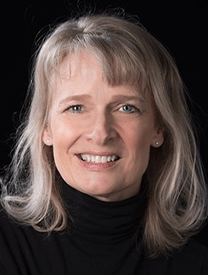 Diana C. Mutz, Ph.D., is the Samuel A. Stouffer Chair in Political Science and Communication at the University of Pennsylvania, and also serves as Director of the Institute for the Study of Citizens and Politics.

In 2021, she was elected to the National Academy of Sciences. She also received a 2017 Carnegie Fellowship and a 2016 Guggenheim Fellowship to pursue research on globalization and public opinion. In 2011, she received the Lifetime Career Achievement Award in Political Communication from the American Political Science Association. She was inducted as a Fellow of the American Academy of Arts and Sciences in 2008.

Mutz served as founding co-PI of Time-sharing Experiments for the Social Sciences (TESS), an interdisciplinary infrastructure project that continues to promote methodological innovation across the social sciences. For creating and implementing this ongoing project, Mutz and co-PI Skip Lupia received the Warren Mitofsky Innovators Award in 2007. She subsequently wrote Population-Based Survey Experiments (Princeton University Press, 2011) which offers the first book on this method, drawing examples from across the social sciences.

Before coming to Penn, Mutz taught at the University of Wisconsin-Madison, and the Ohio State University.