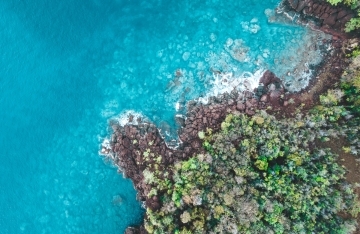 In Island Futures Mimi Sheller delves into the ecological crises and reconstruction challenges affecting the entire Caribbean region during a time of climate catastrophe. Drawing on fieldwork on postearthquake reconstruction in Haiti, flooding on the Haitian-Dominican border, and recent hurricanes, Sheller shows how ecological vulnerability and the quest for a "just recovery" in the Caribbean emerge from specific transnational political, economic, and cultural dynamics. Because foreigners are largely ignorant of Haiti's political, cultural, and economic contexts, especially the historical role of the United States, their efforts to help often exacerbate inequities. Caribbean survival under ever-worsening environmental and political conditions, Sheller contends, demands radical alternatives to the pervasive neocolonialism, racial capitalism, and US military domination that have perpetuated what she calls the "coloniality of climate." Sheller insists that alternative projects for Haitian reconstruction, social justice, and climate resilience—and the sustainability of the entire region—must be grounded in radical Caribbean intellectual traditions that call for deeper transformations of transnational economies, ecologies, and human relations writ large.

Mimi Sheller, Ph.D., is Inaugural Dean of The Global School at Worcester Polytechnic Institute, in Massachusetts. Until July 2021 she was Professor of Sociology, Head of the Sociology Department, and founding Director of the Center for Mobilities Research and Policy at Drexel University in Philadelphia. She is founding co-editor of the journal Mobilities and past President of the International Association for the History of Transport, Traffic and Mobility. She helped to establish the “new mobilities paradigm” and is considered to be a key theorist in critical mobilities research and in Caribbean studies. She serves on the international Advisory Boards for the Society for Caribbean Research, the Center for Advanced Research in Global Communication at University of Pennsylvania, the Bauman Institute at the University of Leeds, the Asia Mobilities Research Network at Konkuk University, South Korea, and the Global Partnership for Informal Transportation.

She was awarded the Doctor Honoris Causa from Roskilde University, Denmark (2015). She has received research funding from the National Science Foundation, the British Academy, the Arts and Humanities Research Council, the Macarthur Foundation, the Mobile Lives Forum, and the Graham Foundation in Advanced Studies in the Fine Arts. She has held Visiting Fellowships at the University of Miami (2019); the Annenberg School of Communication at University of Pennsylvania (2016); the Penn Humanities Forum (2010); the Center for Mobility and Urban Studies at Aalborg University, Denmark (2009); Media@McGill, Canada (2009); the Davis Center for Historical Studies at Princeton University (2008); and Swarthmore College (2006-2009).